2019: the year the Australian public bought into women's sport 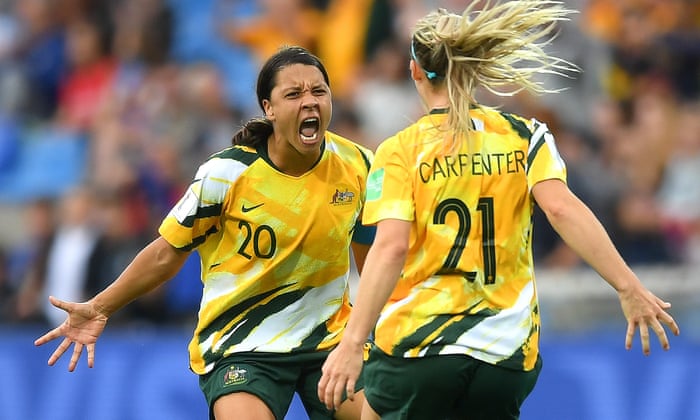 PHOTO: The Matildas were just one women’s sporting team to capture the Australian public’s imagination in 2019. Photograph: Michael Regan/Getty Images

As AFLW star Erin Phillips fell to the ground clutching her knee on 31 March 2019, the record crowd of 53,034 held their breath. She was taken off the field on a stretcher, and the crowd rose as one to applaud her, while teammates and opponents alike flocked to give her their well wishes.

It seems every year there is huge growth in women’s sport. Each new year brings bigger crowd figures, new competitions, increased television coverage and new records being set. But as the nation took to social media to share in the emotion of Phillips’ anterior cruciate ligament injury, it was clear there was another, less quantifiable, factor at play.

Earlier this month, journalist Isabelle Westbury faced backlash on Twitter when she was critical of the criteria for Britain’s Sports Personality of the Year award.

“Ben Stokes should win based on the criteria (athlete whose 2019 actions have most captured UK public’s imagination),” Westbury tweeted. “But I think the criteria need to be changed because I think it’s fundamentally disadvantageous towards women.”

Westbury argued athletes can’t capture the public’s imagination if they’re not in the public eye. While this is undoubtedly true in the UK, women’s sport in Australia in 2019 made huge strides towards breaking down these barriers.

From the AFLW grand final, to the Matildas embarking on their World Cup campaign where, despite a disappointing round of 16 finish, the footballers were again named the team to whom Australians feel the strongest emotional connection.

Matildas’ striker Sam Kerr broke records of her own, signing a deal with Chelsea that made her the world’s most expensive female footballer, before being named the best female footballer on the planet by the Guardian’s panel of judges.

Kerr was just one of an elite group of Australian female athletes who took the world by storm and led the charge to push women’s sport to the top of the nation’s sporting agenda. Ashleigh Barty joined her with a breakthrough grand slam win at the French Open. The win sparked Australia’s renewed interest in the women’s competition at Wimbledon and although Barty couldn’t repeat her Roland Garros heroics, she finished the year ranked No1 and cemented her place in Australia’s sporting elite. 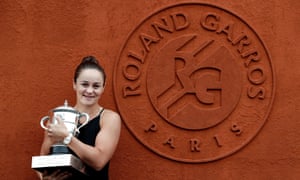 Unlike Barty, Hannah Green appeared to come from nowhere when she took out the women’s PGA championship at Hazeltine and became the first Australian woman to win a golf major since Karrie Webb in 2006. Green’s win dragged women’s golf back into the spotlight and thrust her into the hearts and minds of the Australian public.

With the Australian men’s cricket team still emerging from the wreckage of sandpaper-gate, the women’s team were more than ready to pick up the pieces of the public’s broken hearts and give them something to celebrate. The complete dominance of the team in the 2019 Ashes series paved the way for a home summer that started with Alyssa Healy’s world-record 148 in a T20 international against Sri Lanka. Healy later won the ICC’s women’s T20 cricketer of the year award, with teammate Ellyse Perry taking out the top honour of international women’s cricketer of the year.

From there, the first standalone Women’s Big Bash League season brought a 25% increase in television viewers with over 375,000 viewers tuning in to watch Healy and Perry’s Sydney Sixers take on crosstown rivals Sydney Thunder in the season opener. Staging the season as a series of carnival weekends around the country proved a hit with fans and players alike as the competition introduced the public to an earlier start to the cricket season.

With the Women’s T20 World Cup final looking to break world-record crowd figures for the final at the MCG in March, Australia’s women’s cricketers have shown they are more than up to the task of drawing big numbers and building a deep connection with their fans.

Netball has long been the frontrunner in Australian women’s sport and despite inroads being made by many others, it continues to set the standard in professionalism and high-performance culture. This was backed up by a strong Super Netball season with over 900,000 people tuning in to watch the NSW Swifts win their first title since 2008 and a total of 5.939m viewers on television across the season.

The Diamonds’ one-goal loss to New Zealand in July’s Netball World Cup only increased the public’s hunger for the old rivalry; huge crowds flocked to the Constellation Cup games in Sydney and Perth to see Australia retain the trophy by the slimmest of margins.

While there is still a long way to go in dismantling the systemic barriers that have prevented women’s sport from taking its place in the Australian sporting landscape, 2019 will go down as the year that Australia’s female athletes shone so brightly that the public had no choice but to consider their imaginations well and truly captured.