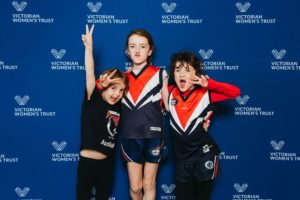 “For the NRL it’s been a disastrous off season, with allegations of violence against women reaching crisis levels.

North Queensland’s Ben Barba received a lifetime ban after a video emerged of him allegedly assaulting his partner at a Townsville casino during the Australia Day weekend.

On Thursday the Australian Rugby League Commission moved to limit the damage, announcing it would stand down players facing serious indictable offences while they were before the courts.

Amid this backdrop, a new program is trying to stamp out violent and sexist behaviour before it begins by changing the “blokey culture” of youth sports clubs.

And it is women who have brought it into play.”

If you haven’t already, register your club with us here.