How To Plan For Respect

Your values are the ideas and behaviours that you want to live your life by. They are not luxury touches only for the good times. Your mission statement reflects your club’s values. If you’re intent on building a club which is respectful, safe, fair, fun and successful, spell these out as key values, then focus on translating them into everyday actions around the club.

They’re not something just to be listed, but lived and practiced everyday. When a club momentarily loses its way, it’s the clarity of the club’s values that help bring it back on course.

Establishing your club’s values is your opportunity to elaborate on the club’s mission.

Listing heaps of values won’t help. It’s about getting to the heart of your practice. If you haven’t already, check out your club’s mission statement and see what values are listed or inferred. Are these the best reflection of what your club stands for? If not, it’s time to meet with the committee to review the club values. 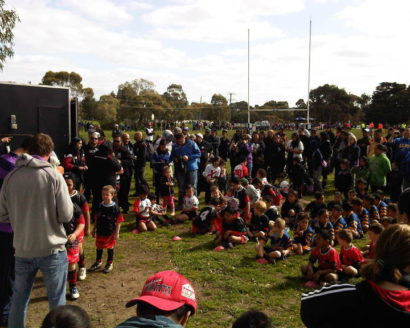 How To Invest In Your People

The local club is constantly being asked to be more than just a sports organisation. It is expected to be the guardian, the keeper, the teacher, the values and attitudes setter, the disciplinarian and another form of family for many of its members.

What each and every sports club in the land needs right now is the tools and the support to meet the ever-increasing demands placed upon them, in a world where time, money and patience is often short in supply.

Clubs need simple, practical advice and help that is time-efficient, useful and sensible allowing them to do what they’re there for and to do what they do best and that is to provide opportunities for every member of the community to play and enjoy their sport of choice.