Sport has the ability to provide the perfect platform to facilitate cultural change and our leaders at the forefront need to lead by example.

Club’s vary wildly in how well they manage people’s health and well-being. There’s a bit of ‘that’s not my problem’, sometimes. Other times, people simply don’t know how to help.

If someone has or is thinking about asking for support, they’ll only follow through if they feel their peers encourage reaching out and are prepared to meaningfully support them in whatever way that person needs.

When a club commits to becoming a place of respect, fun, fairness, safety and success, by definition, it’s committing to an intrinsic involvement in the well-being of its people.

There will always be issues of health and well-being in any community of people. It’s extremely likely that more of your peers than you realise are grappling with issues like anxiety, depression, grief and loss, eating disorders, an abusive relationship, a drink or other drug problem, problems at home with the kids or issues at work.

Sports clubs are no exception. In fact, they’re the place people are most likely to seek support, and so are enormously powerful.

How would you rate your club right now?

Club members trust the process at the club and know that the club appreciates feedback. In fact, giving any type of feedback is encouraged.

Club members have access to raise an issue and provide feedback, however it’s not well communicated to all members.

Club members won’t know who to contact about an issue, but if the club knows about it they will try to resolve it.

Club members don’t feel a connection to the club and don’t trust issues will be resolved. 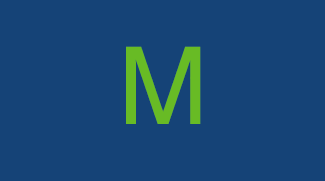