“The Club’s values can send a clear signal externally about what the Club stands for. They also set a standard, framework and benchmark within the Club that can guide the staff, playing group and everyone else associated with the Club about how they should behave and how they should expect to be treated.”

We constantly absorb information, and make instant judgments, about situations and people. We’re under the influence of our unconscious biases when we do it. Sometimes, it’s a great thing. We have to make thousands of decisions every single day, and make them quickly, or we’d never get anything done. But sometimes it means that we’re making snap judgments about people that are untrue and unfair. It’s important that we recognise when we’re doing this, reflect on the biases behind such judgements and adjust our thinking. It’s hard changing habits like this.

Thinking differently takes practice. You only stand to gain from it. You can tell when a club doesn’t understand discrimination and its consequences.

There will be instances around the club of people being demeaned and treated unfairly because of their age, sex, race or ability. Instances like:

The club ultimately misses out on accessing and retaining, real talents in their communities. Compare this to a club that prides itself on being respectful, safe and fair. People in this club have a good understanding of the impact of discrimination. This club knows that discriminatory behaviour risks everything; new learnings, working well together, and bringing its collective best sides to problems, issues and shared causes.

The best clubs appreciate people for their unique backgrounds, dispositions, life stories, experience, capabilities and wisdom. Clubs like these are smart clubs. They harness the potential of all their members.

How to safely challenge abusive behaviour at your sports club 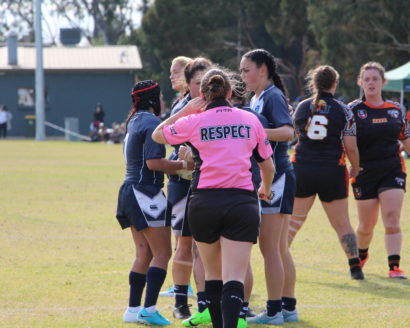