Finding the Courage to Change 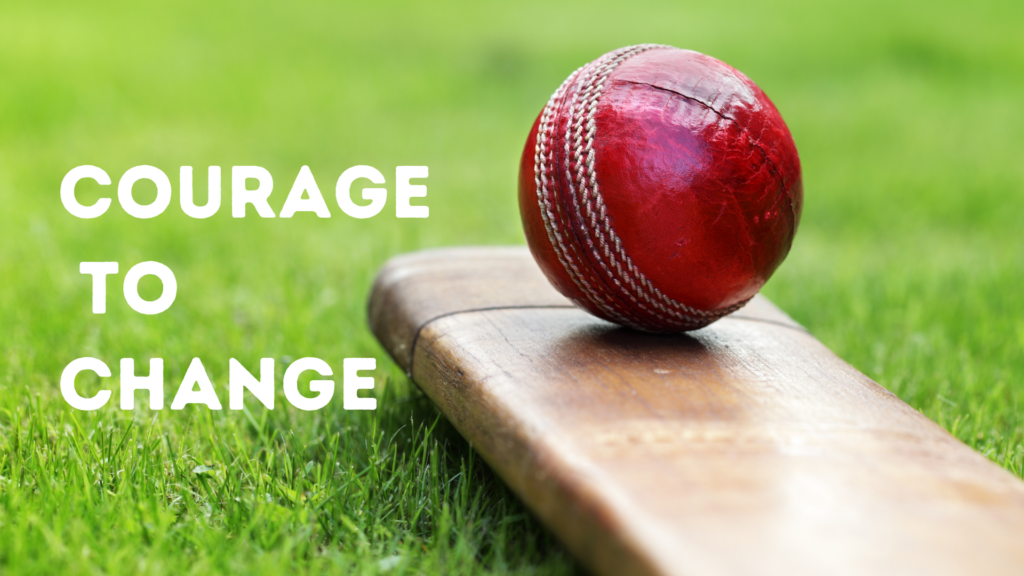 In an article I shared on LinkedIn back in April 2020, I posed the question, “Can kindness exist in sport?” My question arose out of a difficult personal experience and a deep sense of wanting more, in fact, demanding more from sport and how our involvement can lead us to feel.

Sport has the ability to provide the perfect platform to facilitate cultural change and our leaders at the forefront need to lead by example.

The deluge of responses that came my way after sharing a raw and real personal account answered my question, and then some; kindness must exist in sport! Sporting clubs are at the heart and soul of Australian communities. Sport has the ability to provide the perfect platform to facilitate cultural change and our leaders at the forefront need to lead by example.

I quickly moved to how? How can we inject some kindness into the way we interact with others in a sporting environment? Even though much about sport on the field, or court or pitch is combative by nature and the want and need to win is often the ultimate goal, I have spent months pondering this question. How do we change the poor and unacceptable behaviours that we have all walked past for so long?

Then I discover a real-life example as I watch the incredible Amazon TV series The Test. Two inspirational leaders take on the challenge to positively influence those around them and drive change. Driving change in a sport where historically, poor culture and behaviour has been accepted as the norm because it is how it’s always been in this game called cricket, a game full of sledging and abuse!

“I think one of the things that’s really important is that we keep looking to earn respect. It’s not just about the way we play our cricket, it’s also about being good citizens and being good Australians.”

Never in its history has a team been in such dire straits. Two months after the ball tampering incident in Capetown in 2018 Justin Langer is appointed Head Coach of the Australian Men’s cricket team. Question one he faced at the press conference announcing his appointment, “What would you like to change about Australia’s cricket culture?” Langer said, “I think one of the things that’s really important is that we keep looking to earn respect. It’s not just about the way we play our cricket, it’s also about being good citizens and being good Australians.” Tim Paine goes on to be Captain and together, Langer and Paine are courageous. They find the strength to admit that systemic behaviours need to change, they are no longer acceptable because it’s cricket. No longer acceptable because that is how it has always been.

Together, Langer and Paine lead the culture rebuild and everyone buys in. Paine said, “I remember sitting in the hotel and I thought so I’m the new Captain, I’m in (in response to Langer’s WhatsApp message asking the squad if they are ready to buy in to the values and behaviours expected), I’m certainly in. I was pumped and I was loving the direction he wanted to take it. We sat down at the Centre of Excellence and went through the expectations on us. It wasn’t a lot about cricket and how we were going to play it. It was about how we were going to behave and centered around us becoming Australian heroes again.”

“No more abuse, no more abuse! Simple! Would that be a fair team standard for us? Pretty simple isn’t it!”

So perhaps it is a lot simpler, and not as complex as I am imagining driving the change I want to see will be. Langer thinks change is simple. “There’s abuse and there’s banter OK. How about this for an idea – Painey, Finchy, from this day forward, no more abuse, no more abuse! Simple! Would that be a fair team standard for us? Pretty simple isn’t it!” Langer goes on to say, “We’re great cricketers and good people OK. We can still be fierce, and we still fight, but we can be good blokes.” At a press conference before the 1-day series against England in 2018 Langer again places an emphasis on good culture. “All culture is, is behaviours. So we’ve got to make sure our behaviours are good on the field and off the field. We’ve got good behaviours, then we’ve got a good culture and environment for all our young blokes to thrive and become as good a player, and as good people as they can become.”

From this day forward my call to action is let’s all make a commitment to change. Find the courage to callout the behaviours that we are no longer willing to accept. Just because it’s sport, and that is how it’s always been doesn’t make it right; the behaviour we walk past is the behaviour we accept. When a club’s culture is driven by kindness and respect all your members will feel empowered and inspired. While kindness has a connotation of meaning someone is naive or weak, that is not the case. Being kind requires courage and strength, in fact one simple act of kindness can create a domino effect and improve the experiences for everyone at your club.

I have no doubt the culture shift in the Australian Men’s cricket team will be a work-in-progress as systemic change doesn’t just happen overnight. We can however take inspiration from this example and what they are setting out to achieve. Just like Justin Langer and Tim Paine, now is the time to find your own courage and strength and say goodbye to the archaic behaviours of the past. Be clear and strong about the future you’d like to be a part of building at your club. The respectful and kind culture that you create will only be as good as the sum of all parts and people, so find like-minded individuals, build your tribe and come together with a real intent and purpose.

You have the power to be the hero at your club! 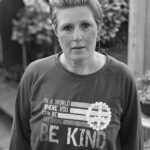 Sally is a purposeful leader with high-level community concern and a vision to drive cultural change in Australian sport. As founder of The C2K Project that will launch in 2021, Sally will provide hands-on support to clubs and organisations seeking assistance in building cultures that will generate environments to thrive with a Commitment to Kindness. In her day-job Sally is the Bequest Executive at the Richmond Football Club, and in her spare time adores being at home with her family, spending time in her garden and keeping her street library stocked with great books for the community to enjoy.