More money may be pouring into women’s sport, but there's still a dearth of female coaches 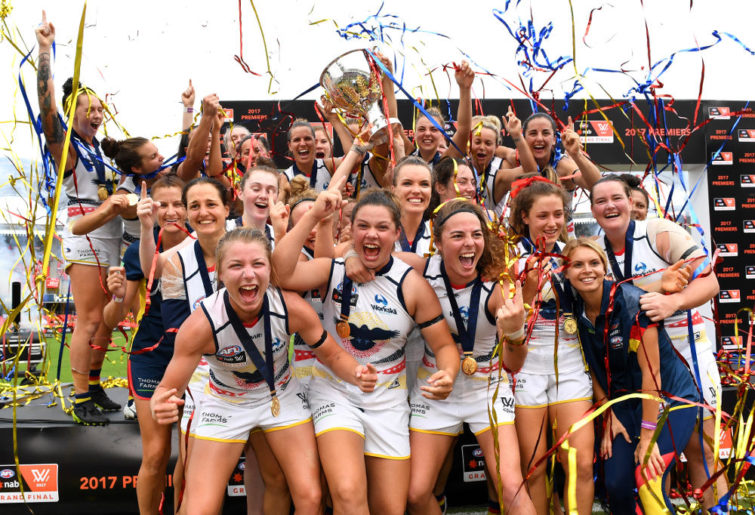 Participation in women’s sport has grown exponentially in recent years. There are 80,000 more females playing Australian rules football in 2017; females now account for 30% of all participants. And there are now 1,690 dedicated female teams – an increase of 76% on 2017 numbers.

However, the number of women in coaching positions has stayed relatively stagnant since 2006, when 36% of all lower-level coaches and only 15% of coaches within high-performance sport were female. There are only two women in senior coaching positions and four working as assistants in the AFLW; the VFLW has similar numbers.

Why the lack of women coaches?

In 1972, the US passed a gender equity law, Title IX, which ensured equal opportunities for females working in federally funded educational institutes. It resulted in 90% of female sports teams in the US having a female head coach. That number has now declined to about 40%, despite increases in funding and female participation in sport.

It can be argued that while Title IX’s introduction led to greater investment in women’s sport, this came with more opportunities for more experienced male coaches to take full-time paid roles as coaches of female teams.

High-performance sport is a unique workplace, with many stressors and challenges. The coach’s role is often ill-defined and constantly changing, and though it can be a high-pressure environment, many enjoy the energy that competitive sport brings.

While all coaches at the highest level face these stressors, female coaches face several distinctive challenges. These include:

This has created barriers for females both entering coaching and having a continued engagement with coaching.

Improving pathway access for aspiring female coaches is a challenge. Part of this challenge is visibility.

Learning is social, and is a result of observation, imitation and modelling. So, if a female cannot see someone like them in a coaching role, then it is difficult to see themselves in the role.

How can the numbers be increased?

The tendency is to assume the problem lies with women, but sport’s patriarchal culture is what needs to contested and transformed.

When the culture is gendered and behaviours are represented by masculine and hyper-masculine actions, females are positioned as bringing no value to the profession.

The problem is further exacerbated by the prevailing views about acceptable female behaviour within the sporting community. As coaches, women face a double bind: feminine behaviours are deemed not appropriate for coaching, while masculine or hyper-masculine behaviours are not becoming of a female.

Coaches are expected to be work-ready so they can elevate a team to the next performance level. This requires time and experience, and timely experience. The AFLW is a case in point: its accelerated timeline left female coaches behind, not unlike Title IX in the US.

Professional women’s sport has opened the door to dual coaching pathways for men. Sporting organisations need to think long term and creatively about how to design and provide experience that jettisons women into head coaching roles. For example, women could become head coaches in high-performance male youth programs or in men’s leagues that are mature.

Adelaide’s AFLW coach, Bec Goddard, is a great example of someone who gained experience in high-profile men’s leagues before taking up her current position. This enabled her to be work-ready, and demonstrated her competence.

For female coaches, having knowledge about sport’s historical, social and cultural evolution can empower them to externalise rather than internalise issues and challenges faced, and look for opportunities. But sport is a labyrinth, and its culture is far from transparent.

So, selected sponsors and influential people must go beyond mentoring to provide public support to female coaches, and advance and promote them.