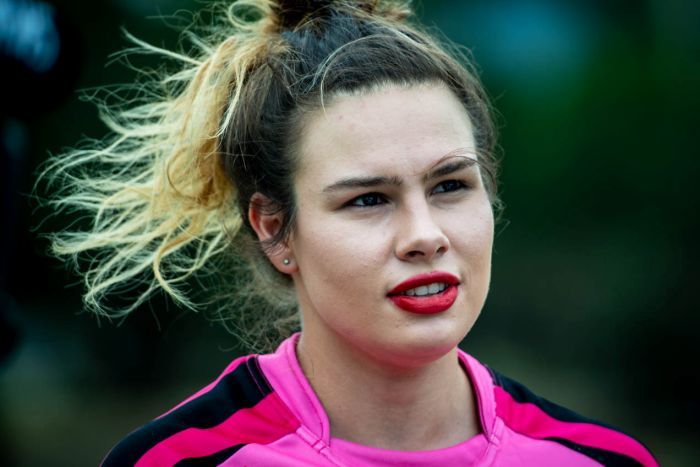 For the NRL it’s been a disastrous off season, with allegations of violence against women reaching crisis levels.

North Queensland’s Ben Barba received a lifetime ban after a video emerged of him allegedly assaulting his partner at a Townsville casino during the Australia Day weekend.

On Thursday the Australian Rugby League Commission moved to limit the damage, announcing it would stand down players facing serious indictable offences while they were before the courts.

Amid this backdrop, a new program is trying to stamp out violent and sexist behaviour before it begins by changing the “blokey culture” of youth sports clubs.

And it is women who have brought it into play. 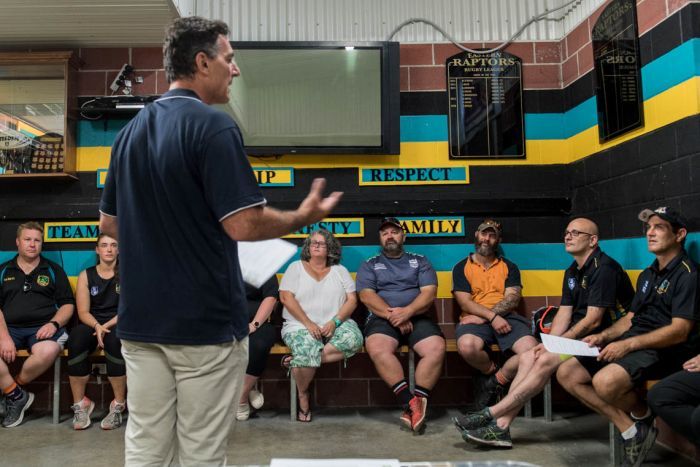 Club Respect is being trialled at 27 NRL youth clubs in Victoria.
Using online tools and outreach, it aims to develop a culture of tolerance and respect at the grassroots level and tackle problematic attitudes towards violence against women and girls.

“When there’s deep respect, there is no violence,” said Mary Crooks from the Victorian Women’s Trust, which developed Club Respect together with violence prevention organisation Nirodah.

“Violent abuse and behaviours take root when there’s not enough respect going around.”

At the Eastern Raptors NRL club in Boronia in Melbourne’s east, Club Respect has been in place for three years and there is a belief it has had a profound impact.

Coaches and volunteers at the club use the Club Respect tools to address a range of issues, from creating a tolerant and accepting club culture to specific advice for coaches, volunteers and supporters. 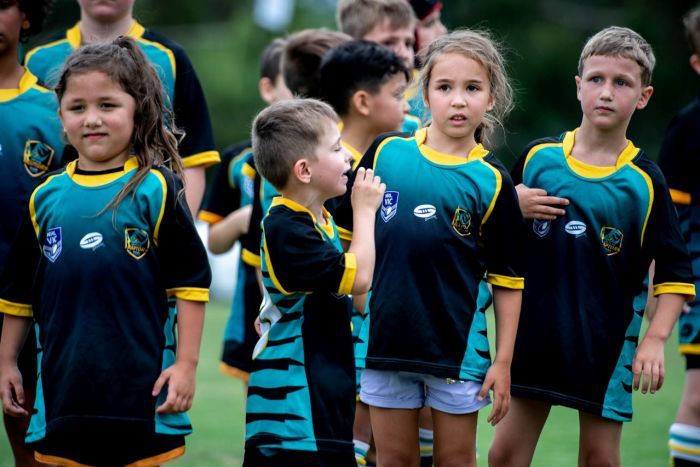 Outreach from Nirodah workers has been a key part of the Club Respect program, with in-person instruction helping to change the culture.

“It’s given us the tools we need to to help interact with the kids,” said club president Trent Ousley.

In training sessions, the adults at the club are taught how to deal with situations ranging from violence, to unruly supporters, to sexism.

The club believes setting an example for young players is crucial, so they observe what is and is not acceptable behaviour.
“We want to create a movement,” said Paul Zappa from Nirodah.
“Imagine clubs where we squeeze out any opportunity for violence.”

Focus on respecting women and girls

The Raptors have seen a big jump in the number of girls and women playing and in participating as volunteers and coaches since the introduction of the program.

“Respect is very important in this club, like from every age,” said Camille Chamodon, a 25-year-old player for the Melbourne Rebels Women’s team.

Ms Chamodon regularly trains with the men at the Eastern Raptors and said the atmosphere was very different from her experience at other clubs. 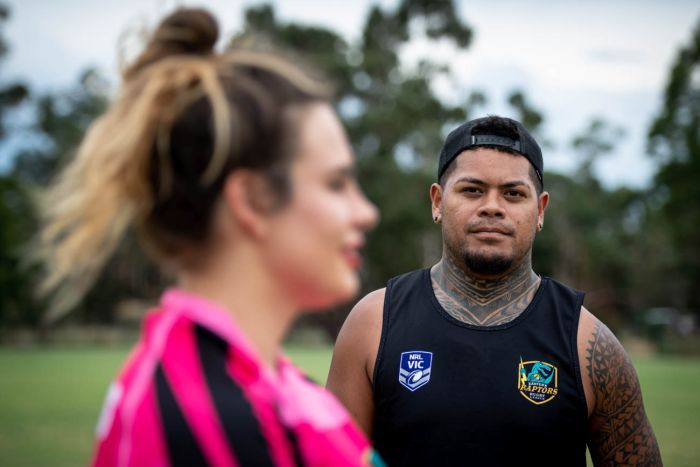 Mr Ousley said a “cultural shift” had happened, and the message was getting through to the first generation of Club Respect players.

“If we can really teach the kids now core values for life, so respecting women, respecting each other, so maybe we can stamp out the next generation of domestic violence.”

Player Cooper Allan, 10, has been at the club for 18 months.
“You are meeting girls and treating them like you treat your friends,” he said.

His friend Mia Johnson agreed: “It’s really good that boys can accept women for who they are.” 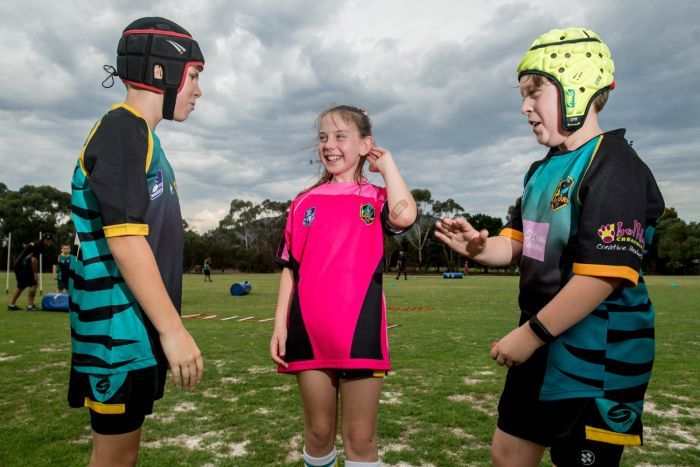 Those attitudes are a world away from the experience Kevin O’Neill had when he was a top grade player in the UK in the 1980s. He is now a coach with the Eastern Raptors.

“It was a very blokey attitude back when I was playing,” Mr O’Neill said. “Do whatever you want. Treat people however you wanted.”

He said the culture at his club was a much-needed game changer. “It’s not taking the toughness out of the game. It’s making that person a better person,” he said. 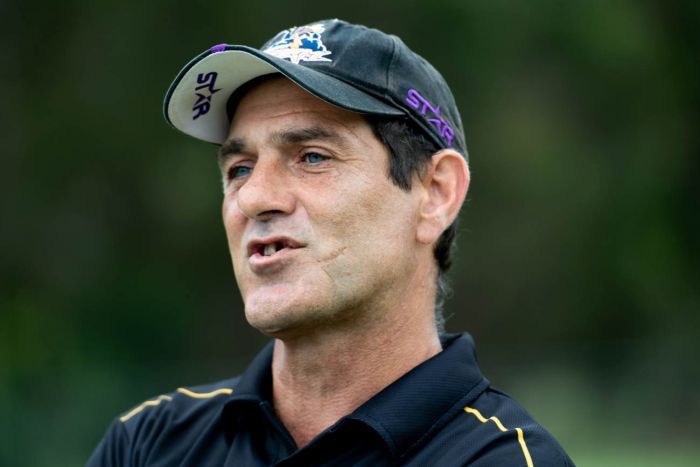 Photo: Coach for the Eastern Raptors, Kevin O’Neill said the game used to have a much more ‘blokey’ culture. (ABC News: Brendan Esposito)

Elise Suhle’s son plays at the club, and she has volunteered there for three years.

“The kids in this club, when they see their coaches, and their parents, and the trainers, everyone behaving like they should really — towards anybody, not just women — it rubs off,” she said.

Jasmine Dalen is an assistant coach for the under 7s. She said inclusion has improved dramatically since Club Respect was introduced, but that’s not necessarily the case at other clubs.

“Some of the mums at school even talk about the clubs they’re involved at and they feel like they’re not welcome… I often hear them say they don’t feel included on the sidelines,” she said.

The goal is for Club Respect to transcend all sporting codes and be rolled out nationally.

“The clubs that have worked through the Club Respect program, again they have a far more healthier club environment,” said general manager of NRL Victoria Brent Silva.

He said since clubs started the program, the number of female players has tripled. The change in culture has coincided with a big increase in the number of players sticking with clubs year after year.

“We’d lose 60 per cent of our players every year,” Mr Silva said. 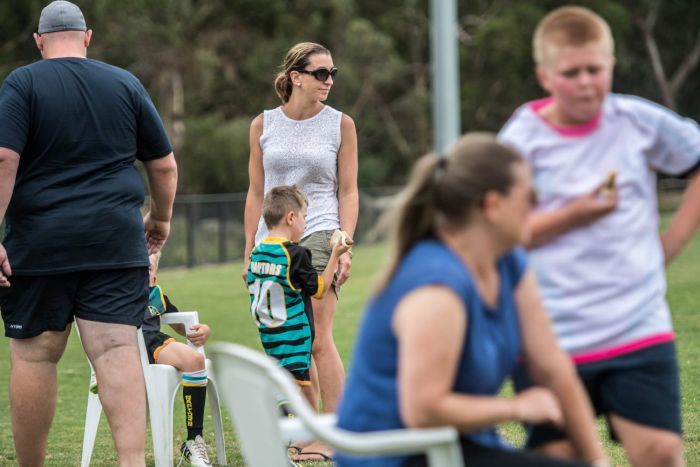 With Club Respect, that number had flipped — 60 per cent are now staying with the sport every year.

Almost everyone involved in the NRL agrees the current culture had cost it fans, and money.

“It’s been more difficult to attract new sponsors… is too big a risk for them,” he said.

“People can talk figures all they like but the reality of the situation is this… if anyone thinks this isn’t costing us money, they are not living in the real world,” he said. 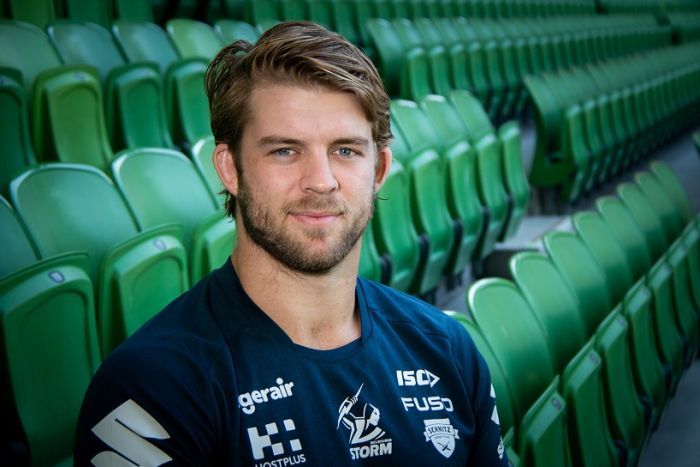 Christian Welch is only 24, but after six seasons with the Melbourne Storm he’s already an NRL veteran.

He said, for him and many other young Australians, sports club officials and volunteers play a vital role in shaping young kids into the adults they become.

“Little things like how you treat referees at junior levels, it relates to outside of life. How do you treat your boss? How treat the person who serves you a coffee?”

When he was a youth player, Mr Welch saw the negative elements of a sports club culture being passed on by parents.

“Sometimes the attitude they can give their own kids, that might carry on to other young kids,” he said.

Despite the ongoing issues with NRL player behaviour, he said the Melbourne Storm have worked hard to create a respectful culture at the club.

“Just because you are professional footballers doesn’t mean you are any better than the bus driver, the baker or the chippie down the road who is doing some work on your house,” he said.

This article was originally published by ABC News.