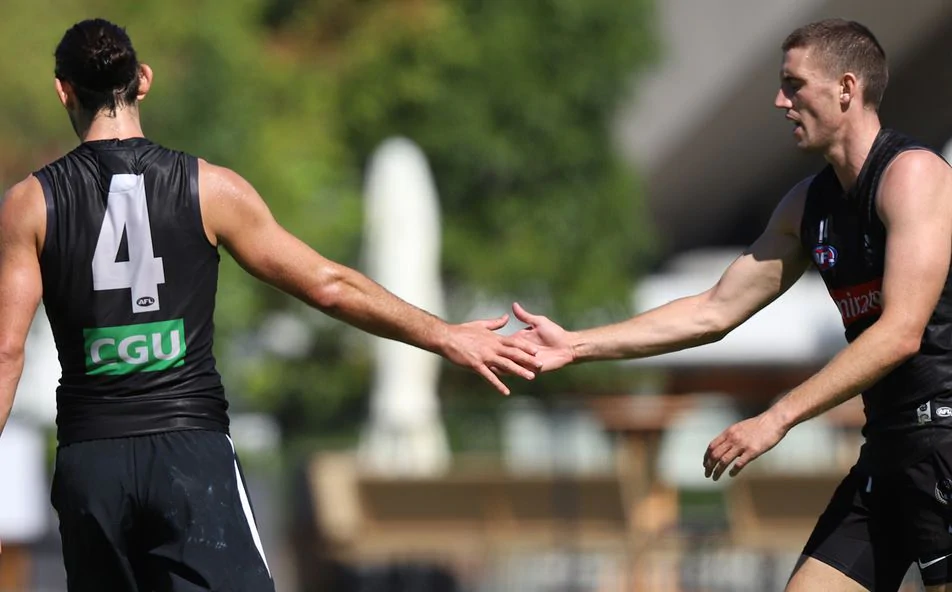 The biggest sports club in Australia self-commissioned a report (’Do Better’) on how it handles the issue of racism. The report pulls no punches. Structural or Indirect racism (p. 14) can be difficult to understand for those who haven’t experienced it and incredibly painful for people who live through it daily. This form of discrimination is difficult to call out as, unlike a direct racial slur, it is a build-up of attitudes and behaviours over time. But when you see it, it’s hard to unsee. Noticing the huge impact racism has on individuals, our communities and our reconciliation with First Nations peoples is just the beginning.

But Collingwood is not on its own. An editorial from The Age demonstrates the challenge for all clubs: ‘Discrimination is not unique to any sporting code, or level of professionalism. It will infiltrate any club that is not vigilant. That is why the Do Better report should be must reading for each and every club that is committed to ensuring that on and off the field its players and staff are treated with respect.’ (The Age, 11/02/2021)

Respect is the key. It helps unlock your ability to understand the lived experiences of others around you, to sense and appreciate the pain that comes from being belittled and racially put-down. This has to be a genuine effort. Being defensive and combative makes it hard to reach the understandings that matter.

Club Respect helps clubs build and maintain a culture of respect by transforming behaviours and attitudes. Here are 6 pivotal steps for your club to tackle racism and promote inclusion.

1. Doing the work: Getting started.

‘It is a mistake to dismiss such work around establishing the values of an organisation as insignificant and merely symbolic. The process involves reflection, conversation, debate and further reflection. The result assists in shaping the culture, identify and priorities for the Club. Those values can, when properly articulated, guide everyone within the Club in relation to their behaviour and the standards expected.’ (p. 18, Do Better)

‘Your values are the ideas and behaviours that you want to live your life by. They are not luxury touches only for the good times. Your mission statement reflects your club’s values. If you’re intent on building a club which is respectful, safe, fair, fun and successful, spell these out as key values, then focus on translating them into everyday actions around the club.’ (Alignment of values, Club Respect)

‘However, there is a gap — a very big one — between what Collingwood Football Club says it stands for and what it does.’ (p. 10, Do Better)

‘The Club’s values can send a clear signal externally about what the Club stands for. They also set a standard, framework and benchmark within the Club that can guide the staff, playing group and everyone else associated with the Club about how they should behave and how they should expect to be treated.’ (p. 18, Do Better)

‘Similarly, the values need to be active. As a set of statements that sit within governing documents will have little influence. Strategies need to be proactively discussed, integrated and normalised throughout the Club. This active strategy of dissemination is also a process that builds collegiality and cohesion within the Club, bringing everyone on to the same page.’ (p. 18, Do Better)

‘Club culture is the sum of all of its parts; the values, beliefs and attitudes and the behaviours of all the people in and around the club. The key to fostering a deeply respectful culture and shifting it into gear is getting people’s actions right at every turn.’ (Club roles, Club Respect)

3. Speaking up: Raising issues around the club.

‘There needs to be clearer processes of complaint handling and policies around behaviour to give people who wish to make a complaint an avenue of redress. Without transparency, accountability and consequence, these policies and procedures will not lead to the shifts needed.’ (p. 7, Do Better)

‘A consistent pattern with the Collingwood Football Club is what has been seen as its failure to adequately address incidents when they have arisen.’ (p. 15, Do Better)

‘Key criticisms about the Club’s failure to address incidents of racism and its structural racism were focused on the absence of clear and trusted avenues through which complaints could be made.’ (p. 15, Do Better)

‘A club aspiring to be a place of respect, safety, fun, fairness and success will make sure that it has good processes for hearing what it’s supporters and members have to say. These clubs act on feedback in ways which are transparent and meaningful. They see listening to their members as opportunities for growth.’ (Ownership, Club Respect)

‘Football Clubs are focused on winning. Collingwood is no different. Winning and excellence are repeated as the central goals of the Club, the only things that matter. This creates a view that, once the business of winning is out of the way, then other matters, such as dealing with racism, can be addressed. But this is a view that is antiquated and being increasingly challenged.’ (p. 17, Do Better)

‘Encouragingly, deeper thought is being given to the ways in which inclusion and anti-racism are intricately entwined with the goals of winning and excellence. A Club that makes players feel included will get a better outcome from the playing group. Internal instances of racism are destructive and divisive, undermining the cohesiveness needed to make a team strong and effective. Put simply, a Club that strives for excellence and wants to win should embrace the principles of inclusion and antiracism as key aspects of its strategy. Collingwood’s on field and off field performance will only be enhanced by a Club culture and structure that value inclusion and clearly reject racist behaviour — by decisively addressing it when it occurs, and by supporting those who highlight it and work for change.’ (p. 17, Do Better)

‘Clubs which prioritise creating respectful culture also are more likely to achieve the on-field success sought by every club. Why? They become a ‘destination club’; a place well known for connection, belonging, collaboration, safety, enjoyment and respect. One where people, including high-quality players, coaches, and volunteers, want to be.’ (Success judged (the right way!), Club Respect)

‘Societal attitudes are shifting more broadly. There are increasing instances where brands have been subject to consumer boycotts because of a failure to keep up with changing community standards. A Club that does not seriously confront racism and is seen as being inactive or indifferent around it not only risks being seen as out of step but runs the risk of alienating corporate sponsors, who are themselves increasingly aware of scrutiny around their values and corporate behaviour.’ (p. 18, Do Better)

‘The more a club reflects the diversity and richness of its community and gives everyone a fair go, the better the club will be in developing and maintaining a positive and successful culture – on and off the field.’ (Equality and Fairness, Club Respect)

‘Collingwood players took a knee to express their support for the Black Lives Matter movement.’ (p. 3, Do Better)

‘There have been many great, proactive initiatives, particularly in relation to homelessness, that speak to a spirit of community-mindedness.’ (p. 6, Do Better)

‘The best clubs appreciate people for their unique backgrounds, dispositions, life stories, experience, capabilities and wisdom. Clubs like these are smart clubs. They harness the potential of all their members.’ (Equality and Fairness, Club Respect)

Racism gets us nowhere. It only causes harm for individual and families, communities, workplaces and society. We all have it within our power to create a society and world free of racial slurs, discrimination and harm to others. Yes, changing behaviours and attitudes at your club takes time. But it is important work, and well worth the effort. 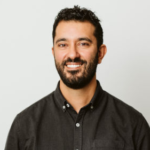 Tarik is the Manager of the harm prevention sports initiative, Club Respect. He previously worked closely with newly arrived people, refugees and people seeking asylum while managing Sports Without Borders. In his spare time, Tarik volunteers at the local soccer club committee and runs a sports adventure camp for at-risk African-Australian teenage girls and boys. He loves hanging out with his 2-year-old and laments the poor performance of his beloved Carlton Blues.