Support the club and challenge the behaviour 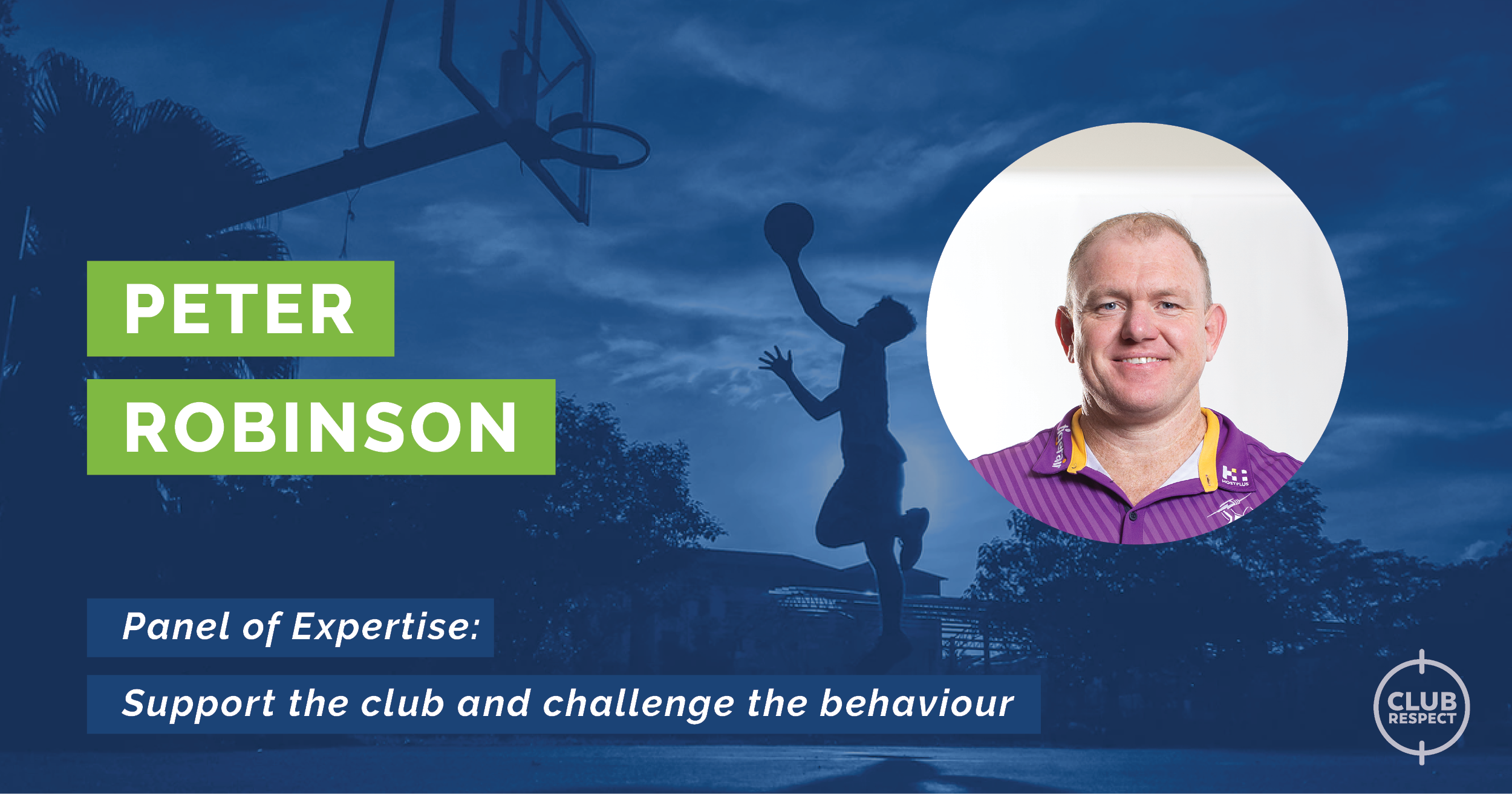 This question has been de-identified:

“We are a small [sports] Association struggling with the behaviour of a small group of members who are part of a club which is aboriginal based. We don’t want this bad behaviour tainting the whole club or being adopted by the younger members of the club.

The senior men’s and women’s teams and their spectators use intimidation against our officials to their advantage and seem to have a ‘the rules don’t apply to us mentality’ and are downright disrespectful to our officials and staff.

Our officials who are predominantly young people are fearful of retribution if they persist with the enforcement of rules. Our other Association members are not happy with the ‘special’ treatment that this group appears to get. But it is fear that is stopping our officials from being able to officiate properly and to properly sanction bad behaviour at the time it is happening.

When this small group are called out for doing something wrong or called up for fouls they comment from the sidelines and call our officials racists. Our young officials are too afraid of the consequences of taking action as some of the players behaving badly are renowned for their intimidation and aggression.

I am needing to talk to the head of their club about this and will be issuing warning letters to the spectators who continually ignore (and quite openly and smugly refuse to cooperate) with our officials in charge.

While I will be addressing this with the club involved, I’m also feeling pressure from the Association committee who want to punish the whole club or the whole team. It is our inability to stand up and sanction the behaviour immediately that is contributing to the harmful use of power that has been growing with this little group.

Can you please offer any suggestions on how to go about starting to mend the issues that we have? I am thinking about insisting that we get officials from out of town so that they can get a taste of how officials who are not fearful would officiate the game.”

Thanks for submitting a question, that’s certainly a tough position you have. I am an Aboriginal man myself and this behaviour is totally unacceptable. I agree that you need to bring the club in question into the conversation and explain the impact some of their players are having on everyone. They need to understand the boundaries are being breached and enjoyment is taking a back seat.

SUPPORT THE CLUB AND CHALLENGE THE BEHAVIOUR

I reckon if you can position your conversation with the club and players in a way that you want to support them, and you also want to challenge their ACTIONS/BEHAVIOURS when they are being played out. If you can challenge (isolate) them on these areas this will separate the emotionally and personal element, this is easier said than done, but if you can focus on the behaviours, they are more likely to listen and learn rather than feeling attacked.

It’s like shining a spotlight of this area of their club in a safe and non-shaming way.

The club clearly needs to understand that if this continues, they will select themselves out of the competition so what you are trying to achieve is working along side them to avoid this from happening.

It’s very disappointing when racism is brought into the picture, your referee who has been affected mentally has no right in owning any of these issues, the club needs to hold the people to account and your conversation with the clubs’ leaders will start the healing process which will help you with your hot-headed committee members. Unfortunately, the behaviour won’t go away until its challenged, so I suggest that if you don’t have any luck directly with the club itself is their strong elders in community that you can bring into the conversation?

I hope this gives you some ideas of dealing with the issue you are facing.

A professional athlete for 8 years with the Melbourne Storm, Peter managed his own successful transition to a role where he now assists the Storm athletes with their wellbeing, education and career development. Originally from country NSW with a proud indigenous heritage, Peter does a lot of work with local teams and Indigenous communities, to strengthen their cultural engagement and to position leaders in their community. Visit all of Peter’s responses to the Panel Of Expertise here.